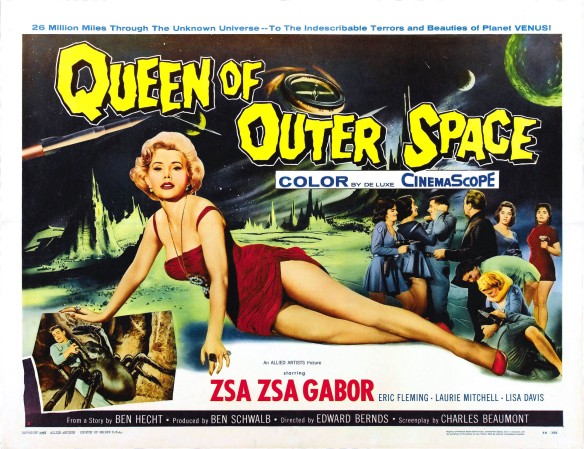 It is difficult to gaze into the starry heavens above and not be inspired by what might be up there.  With that same spirit in mind, Hollywood film composers have provided the science fiction film with some of the most imaginative and operatic film scores ever written.  The original soundtrack for John Williams’ STAR WARS remains one of the most commercially successful orchestral recordings of all time.  James Horner cut his teeth on a low budget film called BATTLE BEYOND THE STARS, which would lead to his phenomenal score for WRATH OF KHAN.  If you’ve never heard Craig Safan’s heroic brass-infused score for THE LAST STARFIGHTER, now’s your chance!  Don’t miss out on synth virtuoso Vangelis and his ethereal music for BLADE RUNNER, as Cinema Serenade celebrates music that’s out of this world!

1.) Suite from CLOSE ENCOUNTERS OF THE THIRD KIND

2.) Main Title from BATTLE BEYOND THE STARS

3.) Main Title from STAR TREK II: THE WRATH OF KHAN

5.) Main Title from THE LAST STARFIGHTER